The United Kingdom has been an interesting place of late – in terms of party politics, policy debate, and its attempt to disentangle itself from the European Union. The British Labour Party, for example, has changed significantly since former backbencher Jeremy Corbyn became leader in September 2015. Under him, the party has not only become Europe’s biggest membership party and opened up to new constituencies and social movements. It has also developed some policy ideas which seem to breathe at least a little life into the party which had moved, for some anyway, too far to the centre in the 1990s and 2000s, at least in economic policy terms. Such new policy ideas, so argues The Economist in a May 2019 article , have to some degree come from think tanks, some new and some old.

Amongst the new think tanks is Common Wealth, set up only in April 2019 and led by Mathew Lawrence. Labour’s proposals for an ‘inclusive ownership fund’ were based on his work, which was conducted with the New Economics Foundation think tank and commissioned by the Cooperative Party, which is in an electoral pact with the Labour Party and has 33 Members of Parliament in Westminster. This idea, published as Labour policy in September 2018 and proving quite controversial, would mean the transfer of 10% of the shares in all big UK-based companies to their workers. While workers would receive dividends of up to £500 a year, any payments over that threshold would be diverted to the state coffers, leading many to say that this was a thinly veiled corporate tax increase (see more on this here).

Generally speaking, Common Wealth seeks to focus its work on ownership and on getting workers more of a say over how business is run. Whilst demands for the re-nationalisation of utility companies, Royal Mail, and the train network and its train-operating companies are not new and have been put forward by Labour figures for some time, the push to thinking about using more strongly the co-operative and other ownership models in the private sector is something that has come with Corbyn. And it seems that think tanks or advisers in what could be called ‘policy groups’, informal and fluid advisory arrangements, played a role here.

The New Economics Foundation, under whose umbrella the ‘inclusive ownership fund’ was developed, has been around for a little longer – since 1986 – and is not directly associated with ‘Corbynism’. However, links do exist. Its former chief economist, James Meadway, was until recently one of John McDonnell‘s – Labour’s Shadow Chancellor – advisers and is now writing a book, as reported by The Economist, on ‘Corbynomics‘. His work is funded by an American think tank, the Democracy Collaborative, which itself benefits from funding from Warren Buffett’s NoVo Foundation. NEF has about 50 staff and has, certainly since the Global Financial Crisis and the Great Recession, been able to become a presence in the British think tank world and also in the print and electronic media whenever criticism of the current model of ‘doing economics‘ is required.

A further think tank on the left is the Centre for Labour and Social Studies (CLASS), founded in 2012. Two years after Labour lost power in Westminster and two years into the Conservative-Liberal Democrat austerity government, the think tank was set up as a ‘left think tank working to ensure policy is on the side of everyday people. Originating in the trade union movement, CLASS has an authentic connection to working people and a unique insight into the challenges society faces’, as it describes itself. Its small staff and operations are financed by the trade unions, struggling like Labour to maintain their relevance. This think tank seems to have made little in way of contributing to Corbyn’s Labour party despite having, for example, Len McClusky on its large advisory panel. He is the leader of the Unite, the strongest public sector union, and a staunch ally of Corbyn. Also, CLASS makes little appearance in the country’s media and has had little to say on Europe and ‘Brexit’, one of the most important issues also for the British left which is divided on the issue. With McClusky being a ‘Brexiteer’, CLASS has not come out on one or the other side of the debate but rather gave a platform for discussions of positive and negative ‘Brexit’ consequences on working class people.

The ‘old’ think tanks of the left and centre-left have possibly started to shift to the left since 2016. This is true for the Institute for Public Policy Research (IPPR), itself established in 1988 to shift Labour into the electoral centre and make it electable again in the Thatcherite era. Common Wealth’s director was himself contributor to an IPPR commission that looked at ‘economic justice’. Whether this report will develop as much influence on Labour as similar IPPR work in the past remains to be seen, but ‘progressive’ IPPR is no longer the go-to think for those who remain on the ‘New Labour’ or ‘Third Way’ left. Demos, on the other hand, also founded in the early 1990s to shift the British left towards the centre, remains committed to being a ‘cross-party’ think and eschews any particular political ideology or affiliation.

For the moment, the role and significance of think tanks for Labour is not quite comparable to how New Labour, under Blair and Brown, used think tank input and think tank personnel. However, it seems that Labour under Corbyn – and in particular Corbyn’s close ally, John McDonnell – seem intent to use think tank input to feed public debate, test public opinion, and to sideline party committees when these are unlikely to back the party leadership team. This team, it must not be forgotten, is far from popular amongst many powerful parliamentarian back-benchers whilst being backed by the extra-parliamentarian hard-left group Momentum, often accused of ‘entryism‘ by centrist Labour politicians. What also should not be forgotten is that Labour has actually produced some economic policy ideas which compare favorably in terms of being actual alternatives to mainstream economic policy approaches endorsed by the left and centre-left elsewhere in Europe. Think tanks may have contributed their share to this new policy agenda. 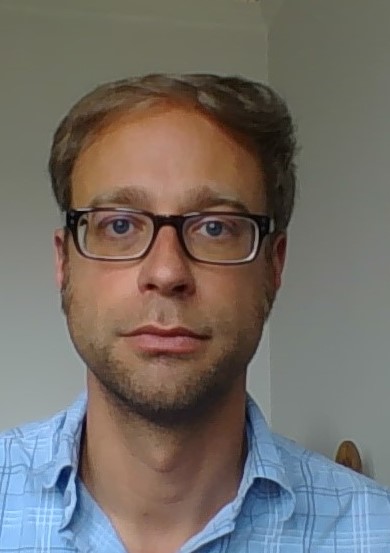 Neoliberal radicalizations or the crumbling of the edifice? Part I